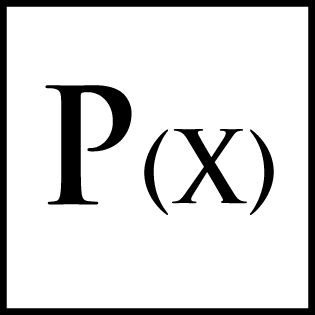 This page shows the translation of the Japanese website and omits some details. Please refer to the Japanese page for the complete information.

Why now? What is this all about? ── When all computer users were programmers before the birth of Graphical User Interface and the WIMP metaphor, there used to be no distinguishment between research on Programming Language, Software Engineering, Human-Computer Interaction, and User Interface. Later on, there came to be a gulf between "the programmer" and "the end user," resulting in the division of research domains. Now is the time when people say anybody {can, should} learn how to do programming ── so, why not think of PX (cf. UX) from an interdisciplinary perspective? It seems to be a good timing for all of us to gather interdisciplinary knowledge of relevant research domains.

Companies often develop and deploy the state-of-the-art technologies in the field of informatics. It does not make sense to divide research and development. Those who do crazy things are ubiquitous among companies, universities, and research laboratories. We should gather regardless of our affiliations and positions, such as researchers and engineers, to discuss programming experience ── to shape the future of programming.

Around 15 researchers including over half of students attended the event, introducing their latest research work. The attendees provided about 20min presentations and received feedback through discussions and Slack messages.

The sixth workshop was held in conjunction with the NII Shonan meeting on Self-supporting, Extensible Programming Languages and Environments for Exploratory, Live Software Development.

Around 20 researchers including over half of students attended the event, introducing their latest research work. The attendees provided 15min or 10min presentations and received feedback through 3 minutes of discussions and Slack messages.

Around 20 researchers including about half of students attended the event, introducing their latest research work in a simplified version of the Writer's Workshop format. Some attendees provided 15min presentations followed by 5 or more minutes of critiques, reviews, and general discussions. Others provided short (3min or more) lightning talks.

A special issue titled "Emerging Research on Programming Experience: From Language Design to Industrial Applications" collected seven articles that covered broad and latest topics in PX, not only in academia (programming language, software engineering, and human-computer interaction) but also in startup and maker cultures, written by established professionals in the field.

Despite the short notice, around 10 researchers and engineers from the world attended the event, presenting their latest outcome and discussing the future of programming experience.

30 researchers, engineers, and interaction designers dealing with programming languages, tools, integrated development environments attended the event, learning relevant research fields and industry efforts and getting to know each other through long (15-25min) and short (1-3min) introduction of their work.

36 researchers, engineers, and evangelists dealing with programming languages, tools, integrated development environments attended the event, getting to know each other through long (15min) and short (1min) introduction of their work.

Publication of the Microsoft Research TouchDevelop team might also be of your interest. You will see that no event directly deals with programming environments, and yet various venues overlap with the topic. If you find any other relevant conferences/events, please let me know.